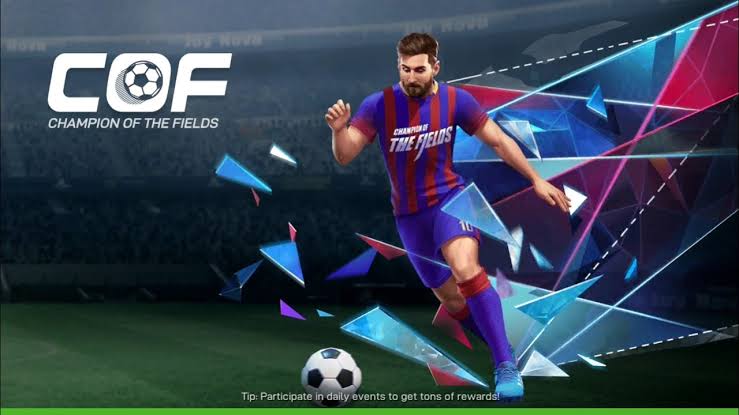 Champion of the Fields is a soccer game for Android with very realistic graphics and with a control system that will remind us of a video console gamepad.

COF Soccer game for android is regarded as one of the top 10 most downloaded football games on the google playstore.

Whoever thinks that football games are just limited to FIFA Mobile and Pro Evolution Soccer hasn’t played titles of the likes of Dream League Soccer, First Touch Soccer or this Champion of the Fields. It’s a football game for Android with an excellent finish and that offers us the possibility to play real-time matches online.

A soccer game that stands up to Pro Evolution Soccer and FIFA Mobile.

Equipped with a control system similar to video consoles with a 4+1 key system to carry out all our movements and passes, it’s a realistic game with animations that recreate the real-life action of football matches.

Champion of the Fields Features

Champion of the Field APK – Most game genres are not popular for a long time, as they can be boring for players. The game genre that has always been loved and never outdated by players all over the world is a football game. As you know, today’s top games are Football Manager, PES and Dream League Soccer. These games were played a long time ago but still have a lot of players who favorites and experiences so far. NetEase, the Chinese company, finally launched the stable version of Champion Of The Fields.

This soccer game is out to become one of the great ones in its genre within the Android universe.The game has the FIFPro license as well as great visuals and different game modes. Plus, the control system is one of the most user-friendly ones we’ve seen for smartphone soccer games. This feature stands out even more during the thrilling online mode, which lets you face other players from all over the world in real time. Put your uniform on, kick the ball and start running towards your opponent’s goal. You’re about to start the most heart-stopping 90 minutes of your life from the comfort of your smartphone.